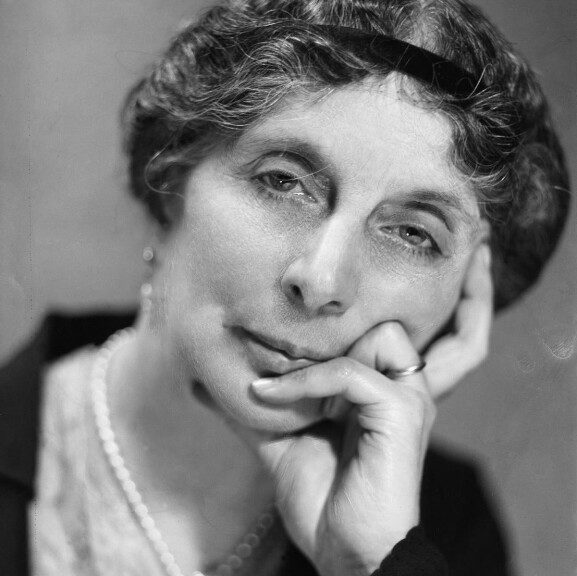 During the Civil War the Spanish Republic received support from many people in other countries. One of the most unexpected of these supporters was probably the Duchess of Atholl, an aristocratic member of the British parliament. To mark the 60th anniversary of her death, on 21 October 1960, IHR is publishing this post which highlights the Duchess’s support for the Republic and illustrates the breadth of support the Republic received from across the world.

Born into a Scottish aristocratic family in 1874, Katharine Marjory Ramsay became Duchess of Atholl in 1917 when her husband inherited the Dukedom. In her youth she had trained as a pianist at the Royal College of Music in London, but, after her marriage she dedicated herself to public service. Before 1914 she was a member of a committee which examined the problems of providing health services in the sparsely-populated Scottish highlands and islands. During the First World War she helped to organise nursing services for the British army.

In 1923 she was elected to parliament as Conservative MP for Kinross & West Perthshire, the Scottish constituency which included Blair Atholl, the family estate and which had previously been represented by her husband.  She was quickly promoted and from 1924 to 1929 she was  a junior minister for Education, only the second woman to become a British government minister. There was some irony in this: women had received the vote in 1918, but before 1914 she had outspokenly opposed giving women the vote, arguing that they were not yet sufficiently educated.

In the late 1920s her attention shifted to international issues. She supported a campaign to prevent female genital mutilation in the British colonies in East Africa and she became concerned over developments in the USSR: her book The Conscription of A People (1931) exposed and denounced Soviet forced-labour practices. Despite her hostility to the USSR she decided, after reading Hitler’s Mein Kampf, that Nazi Germany was a greater to threat to European peace. This influenced her support for the Spanish Republic after the failure of the attempted military coup in July 1936.

In his memoirs Men and Politics, published in 1941, the U.S. journalist Louis Fischer gave this assessment of her contribution to the British campaign in support of the Republic:

“In her old-fashioned black silk dress that fell to her shoe tops she would sit on the platform, at Spain meetings, with Communists, left-wing socialists, working men and disabled International Brigaders and appeal for help for the Republicans. She would interrogate everybody who had been to Spain and hang on their words and note many of them in a book filled with her illegible scrawl.”

She became Chair of the Joint National Committee for Spanish Relief (NJC), which was set up in November 1936 to coordinate the work of the myriad groups established in Britain to provide humanitarian aid to the Republic.  As Chair she worked with people from a wide range of backgrounds and with political views very different from her own, including Ellen Wilkinson and Leah Manning, both of whom were left-wing members of the Labour Party, and Isabel Brown, a prominent member of the British Communist party.  In  April 1937 a parliamentary delegation of Atholl, Wilkinson and the Independent MP Eleanor Rathbone, visited Barcelona, Valencia and Madrid. In Valencia they met Italian soldiers who had been taken prisoner while fighting alongside Franco’s forces at the Battle of Guadalajara (March 1937). Madrid was under heavy artillery bombardment but they were taken to watch the fighting in the Casa del Campo.  Shortly after their return she became Chair of the Basque Children’s Committee, which organised the evacuation of nearly 4,000 children from Bilbao and accommodated them in Britain, as we explained in “Expedición a Inglaterra”: The Basque Children in Britain.

Her support for the Republic led right-wing newspapers in Britain to call her the “Red Duchess”, but she was a very conservative figure and a strong supporter of the British Empire. In 1935 she had temporarily resigned from the Conservative party in parliament in protest at legislation to introduce local self-government in the British colony of India, as she feared this would lead to Indian independence.  Louis Fischer, whom she invited to tea in the House of Commons in 1937, concluded “she is no radical” (Men and Politics, page 440).

Her support for the Republic led to her book on the Civil War, Searchlight on Spain, which was published as a paperback in June 1938, selling over 100,000 copies within a month. By contrast George Orwell’s now-famous Homage to Catalonia sold  under a thousand copies when published a few months earlier.  Orwell reviewed Searchlight on Spain for the magazine Time and Tide in July 1938 and described it as “a short popular history of the Spanish war” which was “simply written and well-documented” (“Orwell in Spain”, 2001, page 304)

Searchight on Spain included a chapter on “Insurgent Spain” which, she admitted, she had been unable to visit; basing her comments “on books of others who had visited” (Searchlight on Spain, page xi) she stressed the widespread repression and the refusal of the insurgent authorities to allow independent reporting.  In her final chapter she concluded :

“The barbarities that will be perpetrated if Barcelona, Valencia and Madrid fall into the hands of the insurgents are likely to baffle description. If the Spanish Republicans are crushed, it means the end of liberty, justice and culture, and the merciless extermination of all suspected of caring for those things”.

She also stressed the dangers of an insurgent victory in the event of a wider European war which, by 1938, looked increasingly likely. She pointed out that France would be surrounded by three hostile powers (Germany, Italy and Spain), and she highlighted the dangers to Britain, warning – accurately as events would prove during the Second World War – of the threat to British shipping from German submarines refuelling along the coast of Galicia.

Her fears over Nazi Germany had been increased by visits in 1937-1938 to several central European states. These included Austria,  where she went shortly before the Nazi annexation of March 1938, and Czechoslovakia, which she visited in July 1938. Two months after this visit, in September 1938, Neville Chamberlain, the British Prime Minister and Edouard Daladier, the French Premier, agreed at Munich to Hitler’s demands to occupy parts of Czechoslovakia known as the Sudetenland. When the Agreement was signed she was on a tour of Canada and the United States, where she travelled widely speaking at public meetings in support of a campaign to raise money for food ships to be sent to the Spanish Republic.

By this time her support for the Spanish Republic and her criticism of British foreign policy had led to her expulsion from the governing Conservative party.  After the Munich Agreement she resigned from parliament to provoke a by-election in her constituency, in which she stood as a candidate.  Her only opponent was from the  Conservative party because both the Labour and Liberal parties withdrew their candidates and supported her. Her campaign focussed on her criticism of Chamberlain’s foreign policy and of the Non-Intervention Agreement which prevented the Spanish Republican government from buying weapons legally. She received support from prominent members of the British literary and artistic establishment, including Gerald Brenan and Sir Peter Chalmers-Mitchell, both of whom had been living in Malaga when the Civil War broke out.  Winston Churchill, another opponent of the Munich Agreement, phoned her regularly – but avoiding visiting the campaign. Voting, on 21 December after two days of heavy snow, resulted in her being narrowly defeated. This ended her political career, but not her support for the Spanish Republic or for human rights.

In January 1939 she was one of the signatories to a joint letter to The Times which called for the Republican government to be allowed to buy weapons legally. After the defeat of the Republic she visited the camps in Southern France where hundreds of thousands of Spanish refugees were confined and, in May 1939, she travelled to the French port of Sête to witness the departure of the Sinaia, which the NJC had chartered to transport Republican refugees to Mexico.

After the Second World War she helped to establish the British League for European Freedom which she chaired. The League campaigned to expose the human rights situation in Eastern Europe after it came under Soviet domination. Her memoirs, Working Partnership, were published in 1958, two years before her death. Surprisingly perhaps, she had relatively little to say about her work in support of the Spanish Republic.  However, as Louis Fischer had observed in 1941,

“she had gone to Madrid and thenceforth worked as hard for Loyalist Spain as anyone in the realm”.