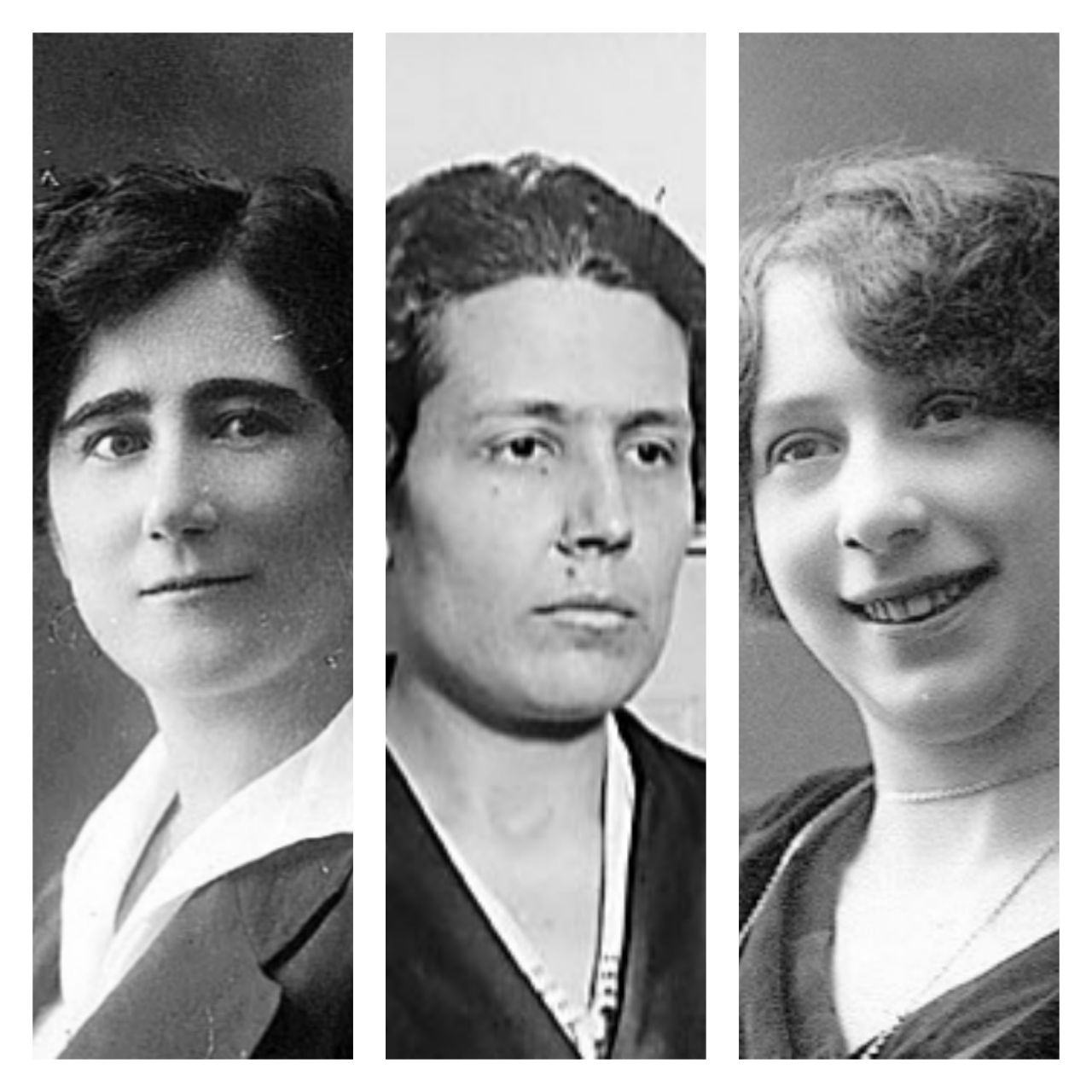 The new Spanish government, announced in January, includes 11 women of a total of 22 ministers.  Women’s participation at the highest levels of government in Spain is, however, only a recent development. To mark International Women’s Day 2020 Innovation and Human Rights celebrates the first three women deputies to enter the Spanish parliament, all of them elected to the Constituent Cortes of the Second Republic in 1931.

Clara Campoamor, Victoria Kent and Margarita Nelken were all elected under the 1890 electoral law which restricted the vote to men.  Women only received the vote under the constitution of the new Republic, passed by the Constituent Cortes in December 1931. This enabled women to vote for the first time in the Cortes elections held in November 1933.

Paul Preston has pointed out that “pressure for the female vote had come not from any mass movement but from a tiny elite of educated women and some progressive male politicians, most notably in the Socialist party” (“Doves of War: Four Women in Spain”, Harper Collins, 2003).  Female suffrage was above all the work of Clara Campoamor, who was a member of the commission which drafted the constitution and who led the argument for women’s legal equality in the Cortes debate in October 1931. Article 36, which would give the vote to women over the age of 23 – on the same terms as men – passed by the Cortes by 161 votes to 121, mainly due to support from the Socialist party. (Read the 1931 Constitution here)

Before being elected in June 1931 for Madrid as a deputy for the Radical party, Clara Campoamor had made her name in the 1920s as a lawyer.  Born in Madrid in 1888 to working-class parents, she qualified in 1924 and then specialised on paternity issues and cases relating to marriage at a time before divorce was legalised. In 1928 she helped establish the International Federation of Women Lawyers. She was the first woman to appear before the Spanish Supreme Court and, in 1931, was the first woman to address the Cortes during the Republic.  Her campaign for women’s suffrage was met not only by opposition from the Church and hostility from conservative opinion, but was also opposed by most of the members of her own party. She was defeated in the 1933 election and left the Radical Party soon afterwards in protest at its increasingly right-wing policies. In 1933-1934 she served briefly as Director of Public Welfare. In 1936, fearing for her safety, she left Spain and settled in Lausanne, Switzerland, where she died in 1972.

The other two women deputies in the Constituent Cortes, Victoria Kent and Margarita Nelken, opposed female suffrage in 1931, though the latter was only elected in a by-election in October 1931 and had not entered the Cortes in time for the debates on Article 36.  Both Kent and Nelken argued that women were not socially and politically ready for the vote and that, since many women were subject to the influence of the Church, they would support parties which were hostile to the Republic. As Victoria Kent argued during the debate  “this is not a question of the ability of women; it is a question of the future prospects of the Republic” (“no es cuestión de capacidad; es cuestión de oportunidad para la República”). Both Kent and Nelken, had impressive backgrounds as campaigners for women’s rights and social justice and their fears about the consequences of women’s suffrage are, perhaps, a good measure of the strength of opposition which the Republic faced within months of its proclamation.

Victoria Kent was born in Málaga in 1891. She was one of the first women to pass the Spanish bar exams and became famous as the first woman to address a military court when she successfully defended Álvaro de Albornoz in his court martial after the attempted rising against the monarchy at Jaca in December 1930.  After the proclamation of the Second Republic in April 1931 Albornoz became Minister of Justice and Kent was elected to the Cortes as a member of the Radical Socialist Party. As Director of Prisons between 1931 and 1934 she implemented important reforms to improve conditions; these included the building of the new women’s prison of Ventas in Madrid (read about its inauguration here).

Although she lost her parliamentary seat when the parties of the right won the 1933 elections, she was returned to the Cortes in February 1936, this time for the Left Republican party (Izquierda Republicana) in Jaen. During the civil war she worked in the Spanish embassy in Paris, helping child refugees from the conflict. After the German invasion of France she lived under a false identity, avoiding deportation to Spain where Francoist courts had sentenced her in her absence to 30 years imprisonment. In 1948 she moved to Mexico and then to New York where she lived until her death in 1987. One of the railway stations in Malaga is named after her.

When Margarita Nelken entered the Cortes as a Socialist deputy for Badajoz in 1931 she was already a celebrated art critic, novelist and women’s rights campaigner. Born in Madrid in 1894 into an affluent Jewish immigrant family, her book La condición social de la mujer en España (1919) exposed the subordinate position of women in Spanish society and argued that the achievement of women’s rights depended on the success of a revolutionary movement. The book created such a scandal that it was debated in the Cortes and was condemned by the Bishop of Lleida. Right-wing newspapers and politicians maligned her, accusing her of being a foreigner and of being sexually promiscuous. Once elected as deputy for Badajoz she adopted the cause of the landless labourers and campaigned for land reform. Her experiences in Badajoz, including the resistance by landowners to the labour reforms of 1931-1933 and the right-wing violence and electoral fraud in the 1933 elections, led her to join the more radical wing of the Socialist party.  She was re-elected to the Cortes in 1933 and 1936. In the autumn of 1936, when Madrid was threatened by Francoist forces, she stayed in the capital, helping to organise the defence of the city. In 1937 she joined the Communist party but her relations with the party were very strained and she was expelled in 1942. In the later stages of the civil war she worked in government jobs first in Valencia and then in Barcelona, leaving the latter city shortly before Francoist troops entered in January 1939. After the war she settled in Mexico, where she made a living as an art critic, supporting her mother, daughter and grandaughter and where she died in 1968.

In total only nine women were elected to one or more of the three parliaments of the Second Republic. Of these, five represented the Socialist party (Julia Álvarez, Veneranda García-Blanco,  María Lejarraga, Margarita Nelken and Matilde de la Torre), two were Radicals (Clara Campoamor and Victoria Kent), one represented the Communist party (Dolores Ibarruri) and one the right wing CEDA (Francisca Bohigas Gavilanes).