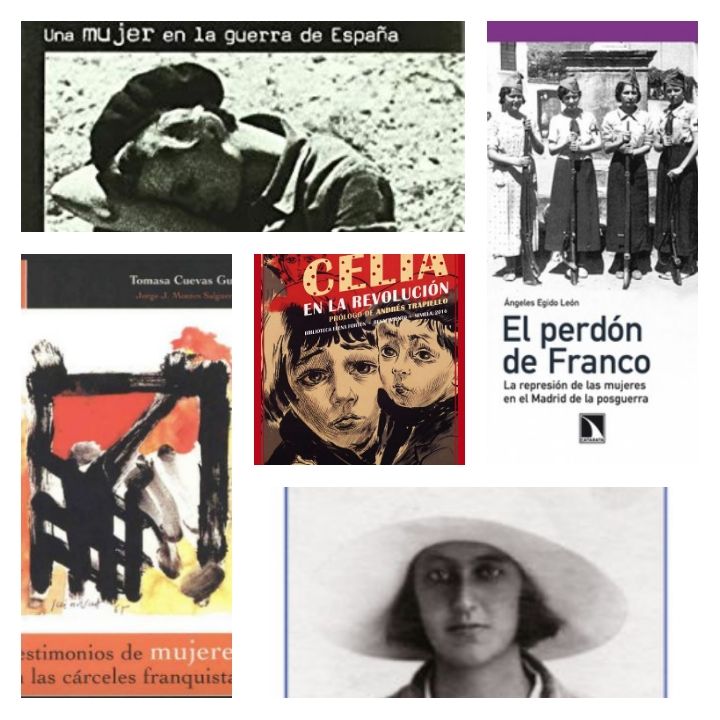 Last year we published a selection of books dealing with aspects of the Civil War and the Franco Regime. We continued this this year with some Some Recommendations for Summer Reading Following on from this previous post (1) New Books , today we discuss (2) Memoirs of the Civil War and the Post-War period by female writers. In relation to this you may also be interested in looking at our virtual exhibition Summary Military Proceedings against Women . Another article will follow about (3) Forced Labour in Franco’s regime.

The following volumes, dealing with memories of the Civil War and the Postwar period and written by women, are, in some cases biographical; in other cases they are works of fiction. Both approaches are equally valid in providing a view of the reality of the period, from the point of view of women protagonists.