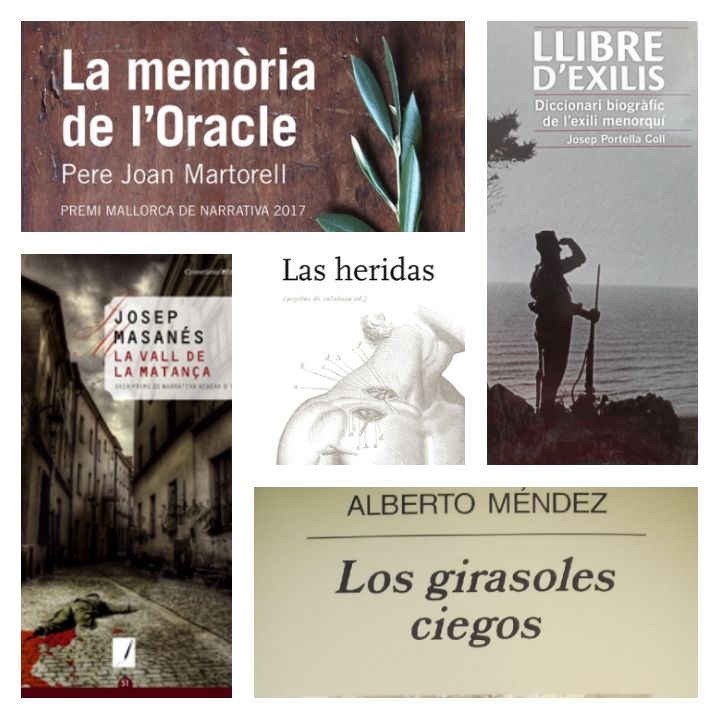 Top of the list of summer reading recommended by Innovation & Human Rights this year is La vall de la matança (Cossetània Edicions, 2012), by Josep Masanés, a writer from Barcelona now based in Menorca. This novel won the award for Narrative Fiction at the 29th  Ribera d’Ebre Book Fair. It tells the story of the Civil War struggle by Republican troops led by Captain Creus and Second-lieutenant Ciurana during an attack on Francoist defensive positions held by the fearsome Major Marín. Although this attack resulted in victory, the Republican armies were forced to continued retreating.  Summoned in front of the General Staff, Creus and Ciurana were entrusted with a difficult mission. As they carry this out we meet the other men chosen for the mission including Ulldevidre, Reimann and Homs.  By the end of the Civil War we have learnt about their fears, their desires and their loves, along with the enemies who pursue them, personified by the diabolical Major Marín. Josep Masanés has paid tribute to the influence of the American writer, Cormac McCarthy.

Our second recommendation is La memòria de l’Oracle (Edicions del 1984, published in 2018), the third novel of Pere Joan Martorell, which won the Premio Mallorca de Narrativa 2017.  In this the author reflects on the human condition in a harrrowing tale set in the brutal atmosphere of the Civil War on the island of Mallorca. The story follows the search for their father by Jacob and his family: his mother, his aunt and his uncle. Jacob himself is the omniscient narrator who begins his account from within his mother’s womb. The novel offers a double perspective: it takes place both at the time of the conflict and during the post-war years. It is neither a historical novel nor a documentary.  The author details the barbarity and the dark times of the Fascist period in Mallorca. Martorell’s language is both rich and poetic.

While we are on the subject of the Balearic Islands, we cannot fail to recommend Llibre d’Exilis (2018), by Josep Portella, a biographical dictionary of Menorcan exile. This is a work which took over seven years of research, documenting the lives of Menorcans who were driven into exile by the Civil War and the Franco Regime. It is a volume of great documentary value: extending to over 700 pages and  including over 1,000 photographs, it is a major contribution to the recovery of historical memory in Menorca. It was published in collaboration with the local council (Consell Insular de Menorca).

Another book which is highly recommended is Las heridas (Editorial Pepitas de Calabaza, 2012), by  Norman Bethune, translated from English by Natalia Fernández. Norman Bethune, the Canadian doctor is famous for the role played by his medical units during the Spanish Civil War and, later, with the Chinese armies during the Second Sino-Japanese War. He is considered to have developed the first mobile blood transfusion service in Spain in 1936. This small but interesting volume is a compilation of his fundamental writings. In the first part, Bethune defends the idea of universal medical attention. In the second, he narrates the events which he witnessed as a doctor during the flight of the population of the city of Málaga along the road towards Almería in February 1937 during the Spanish Civil War. The third part describes the privations of life in China and his work for the cause of medicine there.

Finally, since it has been topical recently, we take this opportunity to recommend Los Girasoles Ciegos (Editorial Anagrama, 2004, published in English as Blind Sunflowers, Arcadia Books, 2008). This, the only published work of Alberto Méndez, consists of four connected tales:  “If the heart could think it would cease to beat”,; “Manuscript found in oblivion”; “The language of the dead”; “Blind sunflowers” .  This is in many ways a grim book, reflecting the atmosphere of the Civil War and the post-war Francoist repression.  A Spanish-language film version of the novel was released in 2008.