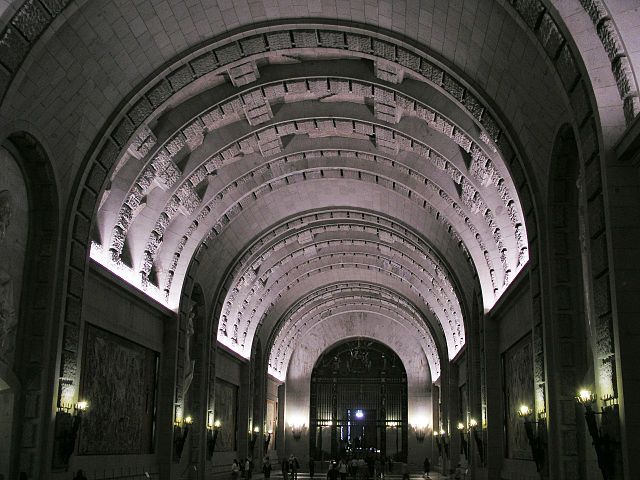 If the current plans are implemented, the remains of the Dictator Francisco Franco will soon be exhumed from the so-called “Valle de los Caídos” or “Valley of the Fallen.” The mausoleum, erected to commemorate the Spanish Civil War,  is the largest mass-grave in Spain. It opened to the public on 1 April 1959, on  the 20th anniversary of Franco’s victory in this war. It contains not only the remains of Franco but also those of more than 33,000 other people who had been killed during the Civil War. In many cases these were transferred without the consent or even the knowledge of the victims’ families; this affected victims and their families on both sides of the Civil War, but especially for those who had supported the Republicans.

Even today, there are families which have throughout their lives taken flowers to graves without knowing whether they were empty or not. To help them, we have included the dataset Víctimas enterradas en el Valle de los Caídos (Victims Buried in the Valley of the Fallen) in the ihr.world  database – which now contains more than 1.3 million personal records (*).

This dataset contains the personal records of more than 20,000 people whose names are documented in the Registers of the Abbey of Santa Cruz del Valle de los Caídos. These books contain the names of people whose remains were transferred to the mausoleum between 17 March 1959 and 3 July 1983. The Abbey’s website, however, admits that the exact number of people whose remains are buried here is unknown.

Work on the construction of the “Valley of the Fallen” began in 1940 and continued until 1959. The labour force included about 20,000 Republican prisoners who had been sentenced to forced labour. It was originally planned as a commemorative monument in honour of those who had been killed in the “glorious crusade”, as the victorious campaign by Franco’s forces during the Civil War was described. However it was later redesignated as a “symbol of reconciliation” and, as a result, the remains of victims from the Republican side were transferred to be reburied here.

The monument is characterised by the 150 metre-high stone cross, which is considered to be the “highest Christian cross in the world”. Visible from a distance of 40 kilometres, it is a similar height to, for example, the Mapfre Tower in Barcelona, the Picasso Tower in Madrid or the Iberdrola Tower in Bilbao. It belongs to the Patrimonio Nacional, which is part of the Ministry of Culture.

In her book, Els morts clandestins. Les fosses comunes de la Guerra Civil a Catalunya (1936-1939) [“The Clandestine Dead: The Mass-Graves of the Civil War in Catalonia”] the historian Queralt Solé has published the results of her research into the transfer of the mortal remains of Civil War victims, both supporters of the Republic and those who supported the military coup from mass-graves in Catalonia to the “Valley of the Fallen.” In addition the Catalan documentary  Avi et trauré d’aquí  [in English: “Grandfather I will get you out of here”] (Sense Ficció, CCMA, 2013) records the testimonies of families, the remains of whose relatives transferred without their permission or even their awareness.

The dataset “Victims Buried in the Valley of the Fallen” is taken from a list derived from the Mapa de Fosas del Ministerio de Justicia by nomesevoces.net , which is a joint-university research project on the Civil War and the Francoist repression in Galicia.

One thought on “Who else is buried in the “Valle de los Caídos”?”